HE virtualization – a path to the headend of tomorrow 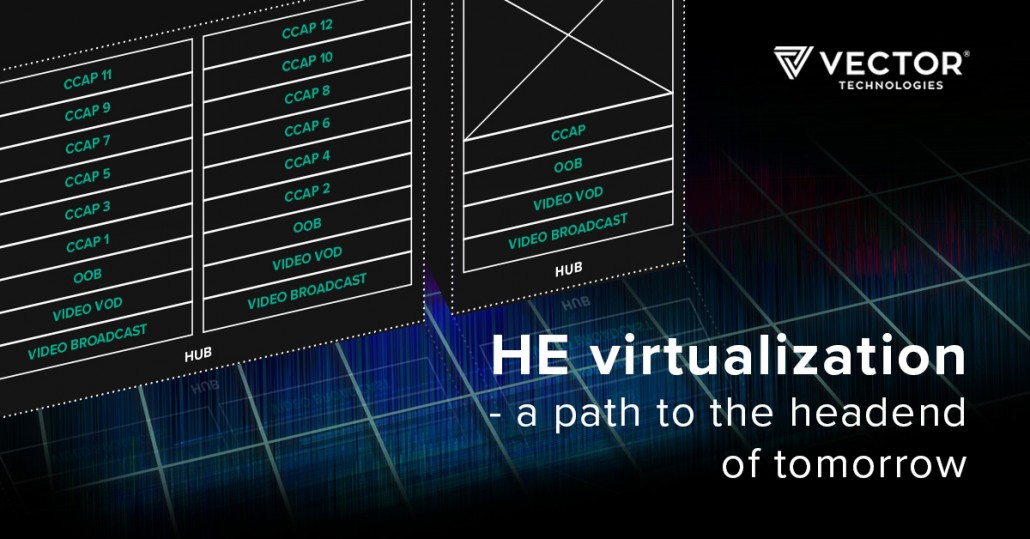 To meet growing bandwidth and traffic demands, cable companies prepare to roll out DOCSIS 3.1, and progress in the further segmentation of their networks. This requires operators to install more “Big Iron” in the headend. But with space running out in centralized headends (hubs) that are already fully packed with power-hungry, dedicated systems, operators will face a new challenge.

With a Remote PHY, it is possible to split the physical signals from the CCAP and push QAM and OFDM modulation out to the Remote PHY Devices (RPDs) while CCAP Core routing can run out of the larger hubs.

Thanks to the separation of the core and the PHY, virtualization of the core functions is possible. MSOs gets the option to migrate from highly specialized hardware for their CCAP  functions to run those functions on commercial, off-the-shelf IT platforms (x86 servers). Such architecture is easily expandable and can be upgraded to new delivery standards as needed.

Once the Remote PHY Devices (RPDs)  are out of the hub, the virtualized CCAP Core can run on the same hardware infrastructure that is used for the vitalization of all the headend functions:

HE virtualization – response to the running out of space in hubs

Regardless of whether an operator is going to virtualize single functions or all the headend functions, headend virtualization will allow MSOs to reduce OPEX and CAPEX, thanks to:

Want to read more about challenges and opportunities for MSO with Remote PHY implementation?